TSN: The Chicago Blackhawks have let it be known that they are rebuilding their roster, but what will it mean to their core that has been there for a while now. They’ve already been rebuilding but now they put it out there according to Pierre LeBrun.

“And the fact is they want to continue to get younger and accumulate other young players. But when it comes to Patrick Kane, Jonathan Toews, Brent Seabrook and Duncan Keith, they want those guys to be part of this rebuild.

In fact, general manager Stan Bowman had a video call a few days ago with those four to further explain where the Blackhawks are going and what they plan to do. Now, we’ll see how those players react.

At this point we haven’t heard from them and they’ve got time to digest this during the off-season but certainly the Blackhawks want those players, those veterans to be part of this rebuild. We’ll see where that goes.”

“We’re probably going to go with a smaller number of veterans, relative to some teams of the past,’’ Bowman said. ‘‘We’re going to skew on the younger side, but it’s not an all-or-nothing endeavor. We’re trying to surround those guys with a better supporting cast.”

Jonathan Toews, Patrick Kane and Duncan Keith will remain with the team for the foreseeable future. It also sounds like most of their offseason change may be already done with.

‘‘We were at the top of the mountain for a while,’’ Bowman said. ‘‘There’s peaks and valleys to an organization’s life cycle, and I like to think that we’ve already hit that valley and come back up. We’ve got a ways to go still, but I do think we’re heading back up.’’

For the 13th time in 14 years, the Edmonton Oilers will not be going to the Stanley Cup Playoffs. The Oilers gave up a late goal to Dominik Kubalik in the third period, which proved to be the difference in a 3-2 Chicago victory. The Hawks won the series 3-1.Overall, it is a bitter end…

Two key pieces of the Bruins core who brought a Stanley Cup back to Boston in 2011 and reached a Cup Final in 2013 and 2019 have found a place on the NHL All-Decade Team for the 2010s. Zdeno Chara is a defenseman and Patrice Bergeron a forward on the All-Decade second team named by […] 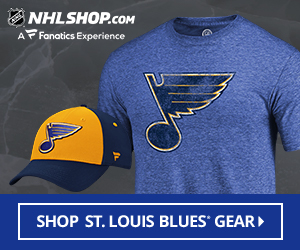